Parker Bordeaux: a geographic information systems expert with a penchant for the visual arts

Parker Bordeaux, a New Orleans native, joined Bellwether off the heels of completing his undergraduate degree in December 2014. At Vanderbilt, as a math major, Parker found a true passion in problem-solving, something he wished to carry into his career.

“I love learning new things. That’s why problem-solving is so enjoyable because it provides an opportunity to learn and grow during process of finding out a solution. I knew I wanted a large component of my job to be problem-solving. I was fortunate to find a career where that is the primary focus.”

Parker’s academic trajectory took a sharp turn with the landfall of Hurricane Katrina in 2005. As an 8th grader, Parker found himself displaced in Colorado, rethinking what his high school experience might look like. Not knowing when or if he would be able to return to his beloved hometown, Parker took it upon himself to apply to boarding schools and landed himself in one of the county’s top institutions, Deerfield, where academics quickly came into his focus, "boarding school is where I really fell in love with sciences and learned to enjoy and appreciate academic challenges."

During the first three years of his work at Bellwether, Parker honed his software development skills while working on small applications across a bevy of industries, learning a mile wide and an inch deep. One of his favorite aspects of being part of the Bellwether application development team is the variety of software they have built, “from building a geographic information system (GIS) to designing forecasting software, the variety of work keeps me excited to see what is next.” Through years of hard work, problem-solving, and learning as he went, Parker has developed proficiency in several programming languages and honed abilities that include database design, building cloud solutions, and designing algorithms to analyze and generate spatial data. He uses all of the aforementioned skills to create applications for Bellwether’s clients as a Software Developer II. 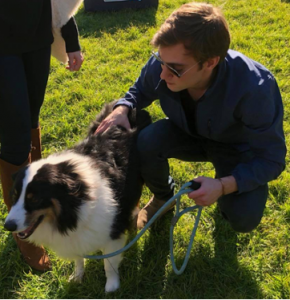 After six years at the Company, Parker’s independent work ethic has allowed him a certain amount of earned autonomy, “inspiration and spurts of productivity come throughout the day for me. Sometimes I like to work late into the night, but I love that my team trusts that I will always get it done, so I can work in the way that’s most effective for me.”

Outside of work, Parker has a menagerie of interesting and surprising hobbies. His affinity for math should not detract from his incredible creativity and passion for art. At Vanderbilt, he considered a minor in Art, and as such, he is a talented visual artist. The cabinets and drawers in the uptown apartment he shares with his girlfriend and dog are full of pastels, pencils, pens, and paper. However, paper isn’t his only medium. Parker also finds time outside of work to develop a space exploration video game.

Out to Lunch Podcast: Life Online

My IT Company is Understaffed (Part 2)

Improved Remote Meetings: Get the most out of the gear you already have

My IT Company is Understaffed (Part 1)